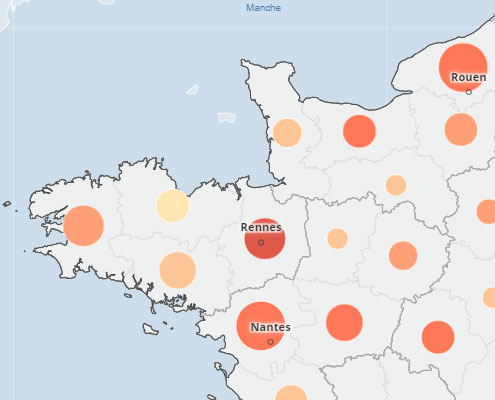 The illustration shows the part of the municipal population aged 15 to 29 years in each department. It shows that the proportion of young people is high in the department of Ille-et-Vilaine (dark colour of the circle), whereas the population of this department is lower than that of Loire-Atlantique (surface of the circle).