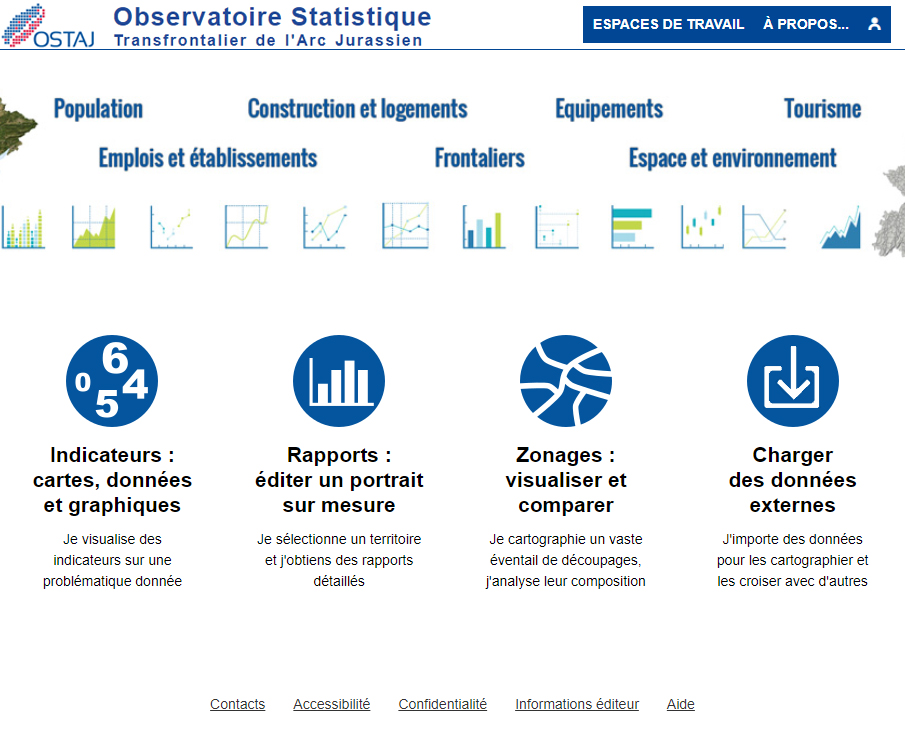 The Jura Arc Cross-Border Statistical Observatory is the result of a collaboration between several French and Swiss economic actors : the French Bourgogne-Franche-Comté Region, the French Government and the French National Institute of Statistics for the French part, as well as the regional development skills hub (arcjurassien.ch) and the statistical offices of the four border cantons for the Swiss part (Berne, Vaud, Neuchâtel and Jura).

This observatory provides the same statistical data and geolocalized indicators to the French and Swiss partners in order to analyze and make decisions about the economic and social situation of the Jura Arc. These actors also rely on the observatory to publish studies and syntheses on cross-border territorial dynamics.

This tool allows “a follow-up of the repercussions of the bilateral agreements concluded between the European Union and Switzerland, and in particular of the agreement on the free movement of persons”.