Fiji were severely hit by the cyclone Winston in the night from 20 to 21 February, the most destructive that the archipelago has ever known, with winds exceeding 300 km/h. This meteorological accident is a human, economic and ecological disaster , whose magnitude is still difficult to measure due to the scattered islands, which has about 900,000 inhabitants. The international community is mobilizing to help the Fijians, by all means available.

The Pacific Community disseminates several atlases on the different archipelagos, as we talked about in the article Géoclips du bout du monde. The atlas on Fiji has been recently enhanced to allow estimation of people affected by the cyclone.

For this, the zone of impact was calculated from the trajectory of the cyclone, with areas on both sides of this line: from 0 to 30 km, 30 to 40 km, 40 to 50 km and 50 to 100 km. A population estimate in 2015 by census area (enumeration area) was also performed. Point data, giving the location of schools and evacuation centers, were also added.

To explain his approach, the administrator of the atlas, Phil Bright, released this video:

The illustration below shows that about 220,000 people are residents of the most affected area: 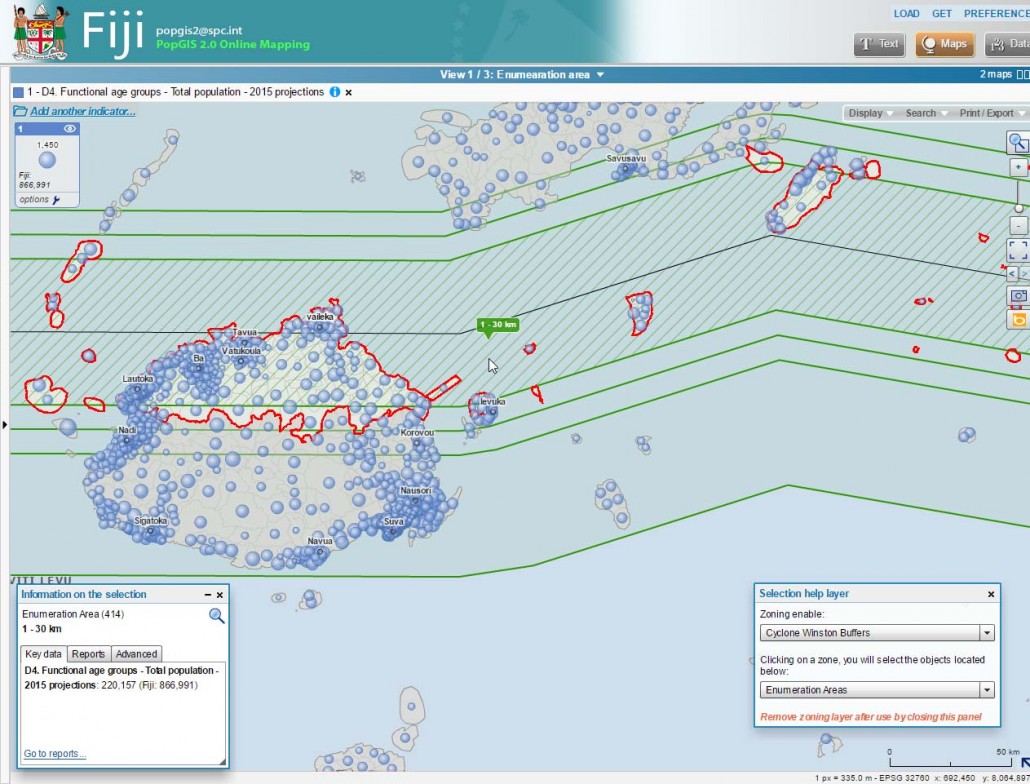 The illustration below shows the location of evacuation centers in the north of the main island, with an aerial view background provided by Bing Maps: 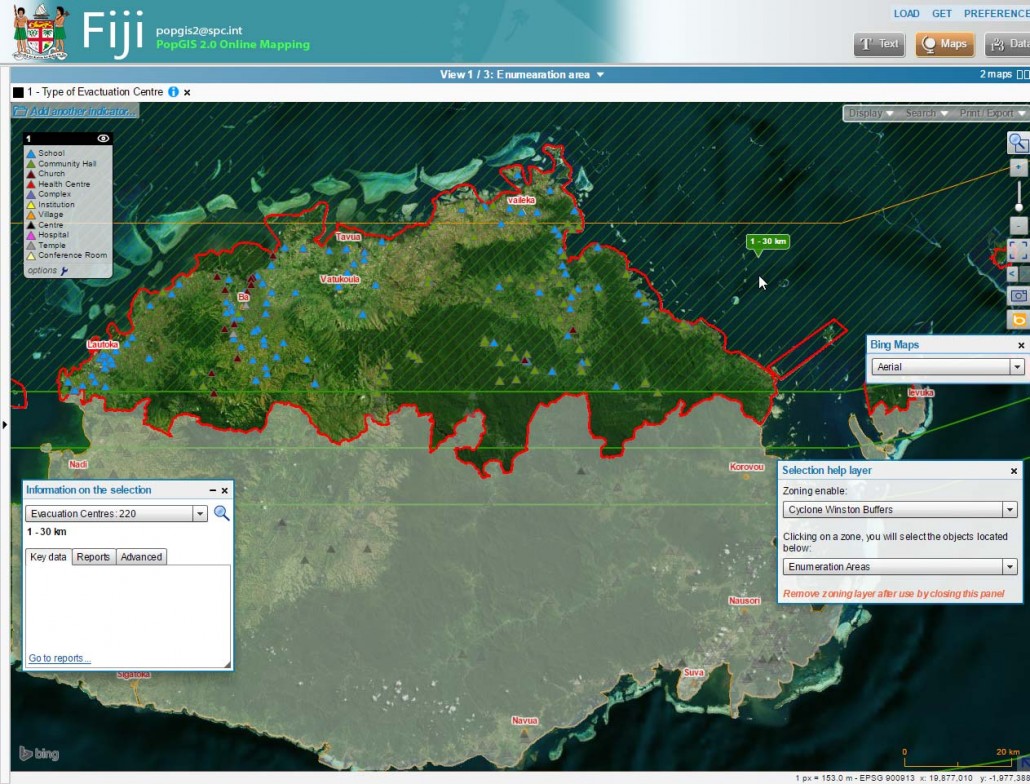