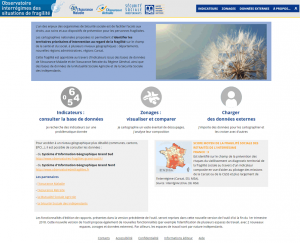 The French Pension and Occupational Health Insurance Offices have just released the new version of the national interregime observatory on frailty situations, created with Géoclip Air.

Several regional offices had released Géoclip observatories more than 5 years ago with the O3 version. The project, which started with the Languedoc-Roussillon Region, had extended to all the regions of the south of France offices, as well as the entire national territory. It is this national observatory that has just been updated, in order to benefit from the technological improvements offered by Géoclip Air.

Local Statistics – The French national Institute of statistics and economic...